I am a treacherous consciousness, a precarious resolution of what I am, betraying everything, including myself,

We know from psychoanalysis that trauma results in repetitive behaviors;
What is the relationship between the repetition employed in Three voiced periods and trauma?
"Repetition is the general characteristic of the signifying chain,
the manifestation of the unconscious in every subject."

Subjectivity is born in trauma (it most certainly does not pre-exist) and such trauma is repeated over and over again as effect in both thought and action. Traumatic events are recreated in various forms in attempts to master and control them; reproduced not as memory (the traumatic event is effaced from memory), but inscribed as action or behavior: a compulsion to repeat is how we 'remember' such trauma. Reid Matko inscribes this fact in the very act of reading. Three voiced periods, as dramatic fiction, attempts to inscribe the minimal constituting events of subjectivity, which are experienced as trauma. He uses the trauma of the constituting events to power the repetition, which is employed as the major mode of assemblage of the text, each traumatic event inscribed in the fact of the text:

1 · The first 'period' employs line breaks and the cut of the page to represent the experience of the interdiction, the presence of another, breaking the mother-child dyad;

2 · The second 'period' employs the white page to represent the experience of the (mirror) image as gestalt, as the body of light, which produces wholeness out of a body of parts;

3 · The third 'period' employs the signifier (the signifier is the phonological element of the sign, not the actual sound itself but the mental image of such a sound) to represent the experience of the ever-shifting, pulsating body of language (which constitutes our access to the symbolic), of your being literally taken by and with words and images, situated and occurring outside of you, of which you are an effect;

The ·, the 'voiced period', represents the 'quilting points', the 'points de capiton', literally the points which allow for a 'normal (neurotic) subjectivity'. Of course, all three 'periods' share or reference one another, they do not stand alone. It's as though the texts are a series of openings and closings.

"…the points de capiton are points at which 'signified and signifier are knotted together'
(S3, 268). Lacan introduces the term in his 1955-56 seminar on the psychoses to account for the fact that despite the continual slippage of the signified under the signifier, there are nevertheless in the normal (neurotic) subject certain fundamental 'attachment points' between the signified and the signifier where this slippage is temporarily halted. A certain minimum number of these points are 'necessary for a person to be called normal', and 'when they are not established, or when they give way' the result is psychosis."

Matko has in the past referred to Three voiced periods as, ostensibly, a meditation on the Trinity. It's easy to see a correspondence with Lacan's trinity of Symbolic, Imaginary, and Real as well.

Such is the logic underlying Three voiced periods. In his fictive inscription of the minimal events that constitute subjectivity in the form of fictions based on shattering personal experiences, mental events overwhelming and disrupting consciousness that he has referred to as both 'visions' and 'psychotic episodes', Matko has employed the very physical fact of the page and what it contains as metaphors for these experiences which are eruptions of the originary events in the form of 'visions', or 'psychotic episodes', eruptions into the measured space of consciousness. His use of repetition as the major mode of assemblage serves to inscribe our need to re-stage trauma compulsively as our very subjectivization, and to inscribe to what extent our worlds are shaped by traumatic fixations. This is what Three voiced periods is 'about', it is a fiction without character, plot, narrative or theme, but a dramatic fiction nonetheless.

*"For Lacan the link between signifier and signified is so precarious that whereas Saussure saw the whole system as more or less grounded (though the possibility of slippage constituted his great contribution to twentieth-century linguistics), Lacan sees only occasional points of stability. These points of stability are referred to as points de capiton, or "quilting points," points "by which the signifier stops the otherwise endless movement (glissement) of the signification" (Ecrits 303) to produce "the necessary illusion of a fixed meaning" (Evans 149). Perhaps the most important feature of the point de capiton is that the stability it provides is, however necessary, an illusion, as is the semblance of deep meaning produced by metaphor and on a larger scale all imaginary identification. Indeed, one precise and readily-comprehensible way to conceive of both metaphor and the point de capiton is as instances of imaginary identification disrupting the integrity and rationality of the symbolic order itself. Though these disruptions are strictly speaking inimical to the symbolic order, they are also vital to its existence as a field for producing meaning, for such disruptions serve to anchor the signifying chain and keep it from devolving into a psychotic process of pure linguistic self-referentiality without even the illusion of external reference."

Email ThisBlogThis!Share to TwitterShare to FacebookShare to Pinterest
Money and Art... 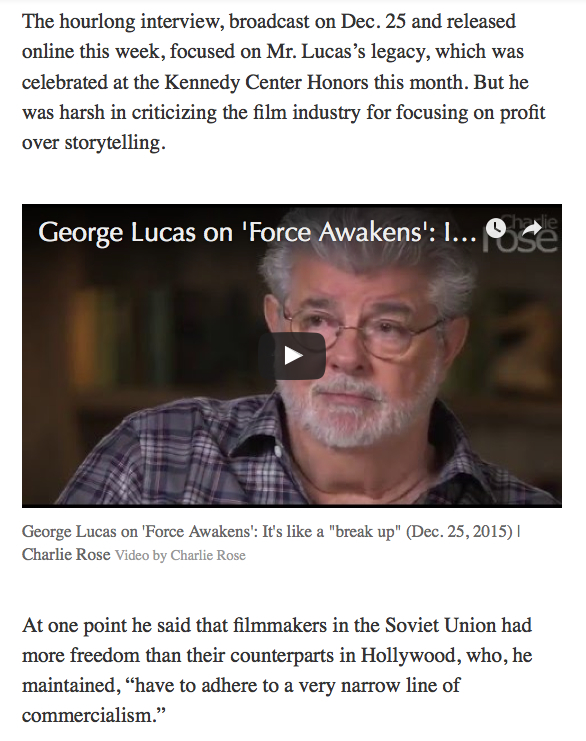 The Supreme Court is concerned with compelled speech...
We are determined by compelled behavior which results in compelled forms—

"...with the coming of empires and monotheism, one's social or divine debt becomes effectively unpayable. Christianity perfected this mechanism: its all-powerful God meant a debt that was infinite; at the same time, one's guilt for non-payment was internalized. The only way one could possibly repay in any way was through obedience: to the will of God, to the church. Debt, with its grip on post and future behaviours and with its moral reach, was a formidable governmental tool. All that remained was for it to be secularized.
"This constellation gives rise to a type of subjectivity characterized by moralization and specific temporalization. The indebted subject practises two kinds of work: salaried labour, and the work upon the self that is needed to produce a subject who is able to promise, to repay debts, and who is ready to assume guilt for being an indebted subject. A particular set of temporalities are associated with indebtedness: to be able to repay (to remember one's promise), one has to make one's behaviour predictable, regular and calculating. This not only mitigates against any future revolt, with its inevitable disruption of the capacity to repay; it also implies an erasure of the memory of past rebellions and acts of collective resistance which disrupted the normal flow of time and led to unpredictable behaviours. This indebted subject is constantly opened up to the evaluating inspection of others: individualized appraisals and targets at work, credit ratings, individual interviews for those in receipt of benefits or public credits. The subject is thus compelled not only to show that he or she will be able to repay debt (and to repay society through the right behaviours), but also to show the right attitudes and assumed individual guilt for any failings."